Sanctuary as synonymous of path 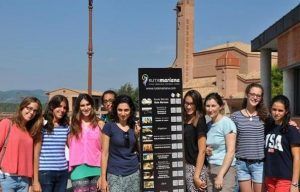 The Marian Route is an itinerary of faith and culture that links up the sanctuaries of El Pilar, Torreciudad, Montserrat, Meritxell and Lourdes. These places are important Marian temples located in both sides of the Pyrenees. They offer an unforgettable experience to the traveller and pilgrim in their travel following the trace of Virgin Mary. Travelling acrros different stages, the route goes through lands of three countries (Spain, France and Andorra) and offers the possibility to visit five sanctuaries in a single pilgrimage, and as a global destination. The Marian Route is a trip that mixes culture and devotion, art and spirituality, nature and meditation. Every sanctuary has a different way to approach to Mary and harbor unique artistic and monumetal treasures. For these reasons, this Marian route is visited for believers and also for heritage lovers.

The beginning of this route is the old path ‘Pilar-Torreciudad-Lourdes’ that has been followed for many years by pilgrims. Many of them, after visiting El Pilar, continued to Torreciudad before getting to Lourdes. Nowadays, the route of these three sanctuaries became The Marian Route with five marian sanctuaries that we know today. The project, that was born with a religious character, tries to also become a tourist and cultural product too that shows the historical, natural and artistic heritage to the pilgrims and visitors. 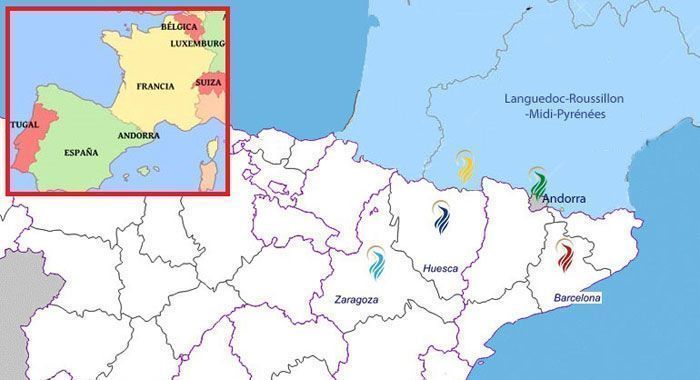 The Marian Route is recomended to be travel by car, motorbike or bus. The orography of the Pyrenees, the mountain roads and the altitude makes bike trips or on foot quite difficult. In addition to that, many of these paths run into regular roads used by vehicules that make the walking o bike options imply some risk. However, there are people who have traveled the route by bike and others have made some of their stages walking.

The five sanctuaries of the Marian Route are: